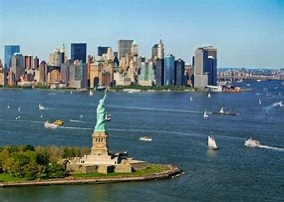 In April 2019, New York state lawmakers expanded protections for victims of sexual harassment in the workplace. In May, New York city Mayor, Bill de Blasio followed suit by signing the Stop Sexual Harassment in NYC Act, which was a package of bills aimed at addressing and preventing sexual harassment on the job and imposes additional requirements on top of the existing New York State Laws.

Now, New York State has approved amendments to the legislation that will lower the burden on employees seeking to prove claims of workplace harassment under the New York State Human Rights Law (NYSHRL), as well as extend the statute of limitations and expand potential damages for such claims. The bill expands the existing coverage under the NYSHRL and broadens the current limitations on nondisclosure agreements and mandatory arbitration clauses.

Currently, under the NYSHRL and the federal anti-discrimination law, a complainant must show that the alleged sexual or other form of workplace harassment was “severe or pervasive” in order to succeed on their claim. The new bill eliminates this requirement under the NYSHRL, so that claims of harassment can be asserted as long as the employee can show that they were subjected to “inferior terms, conditions or privileges of employment because of the individual’s membership in one or more of the protected categories.”

Of significant note, employees would not have to demonstrate the existence of a comparator in order to prevail on a harassment claim; someone who is outside of their protected category who was treated more favorably. However, the bill provides that it would be an affirmative defense under the NYSHRL for an employer to show that the harassing conduct does not rise above the level of what a reasonable person of the same protected category would consider “petty slights or trivial inconveniences,” which is the same standard adopted by certain state courts with regard to harassment claims under the NYCHRL.

The pending bill also eliminates the applicability of the Faragher-Ellerth defense to claims under the NYSHRL. This defense was established by the U.S. Supreme Court over twenty years ago and provides an affirmative defense for employers to harassment claims where an employee unreasonably failed to take advantage of the employer’s internal complaint procedures. While the defense would still be available in response to federal discrimination claims, employers would not be able to raise the same defense to NYSHRL claims, even if employees making such claims failed to follow their employer’s policy for complaining about the harassment.

A new amendment allows individuals three years to report claims of sexual harassment to the State Division of Human Rights, rather than the current one-year limitation on reporting. In addition, the statute of limitations for certain criminal sexual acts and related civil claims would also be extended.

The new amendment bill also would extend protections against discrimination on the basis of any protected category under the NYSHRL to certain “non-employees,” including contractors, subcontractors, vendors, consultants, or other persons providing services pursuant to a contract. As we previously reported, protections against sexual harassment under the NYSHRL already have been extended to such non-employees.

The new bill would bar nondisclosure provisions in any settlement, agreement or other resolution of any claim, the factual foundation of which involves discrimination on the basis of any protected class, unless the condition of confidentiality is the preference of the complainant.  As we previously reported, since July 11, 2018, employers have been prohibited from including confidentiality clauses pertaining to claims of sexual harassment unless they are the preference of the complainant.

The expanded law extends the limitation on an employer’s ability to obtain confidentiality beyond sexual harassment claims to any claim involving discrimination “in violation of the laws prohibiting discrimination, including but not limited to [the NYSHRL].”

The bill also provides that any provision in a contract or other agreement entered into on or after January 1, 2020 that prevents the disclosure of factual information related to any future claim of discrimination would be void and unenforceable unless the provision notifies the employee or applicant that it does not prohibit them from speaking with law enforcement, the Equal Employment Opportunity Commission, the state Division of Human Rights, a local commission on human rights or an attorney retained by the employee or applicant.

Under the bill, every employer would be required to provide employees, both at the time of hire and at every annual sexual harassment prevention training, a notice containing the employer’s sexual harassment prevention policy and “the information presented at the employer’s training program.”  The notice would need to be provided in English and in the language identified by an employee as their primary language, if different.  The State labor commissioner would be tasked with preparing non-English templates that may be used by employers to satisfy this requirement.

If signed by Governor Cuomo, the law will take effect sixty days after it is enacted. The provisions expanding the definition of employer and statute of limitations will take effect 180 days and one year after enactment, respectively.