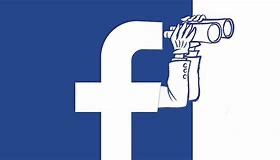 In a recent decision, the National Labor Relations Board (NLRB) concluded that the National Captioning Institute, Inc. (NCI) engaged in unlawful surveillance of their employees’ private Facebook group dedicated to discussions about unionization. The employer repeatedly solicited and received reports from an employee about the group’s membership and messages posted on the group’s Facebook page.

In 2016, the Communications Workers of America (union) began an organizing campaign among the employees at two of NCI’s three offices; Dallas, Texas, and Santa Clarita, California. In early May, shortly after learning that employees were in contact with the union, NCI’s president, Jill Toschi, searched an in-house chat platform for conversations by Janice Hall, one of the union supporters. Toschi claimed she had been searching for evidence of a rumor that Hall and a coworker were planning to quit and set up a competing business with one of its clients.

The search did not uncover information regarding any such plan. Instead, Toschi found messages by Hall supporting the union and suggesting herself as a leader of the organizing campaign. In one log entry, Hall complained about having to cover for a coworker who recently had surgery; writing in detail about the surgery and saying the employer had underestimated the coworker’s recovery time. Among her many complaints, Hall also revealed that she attempted to learn how to connect her personal laptop to the employer’s network. Toschi forwarded several log entries to the VP of HR.

Hall had a history of being extremely vocal about work-related issues. On June 12th, the VP of HR described Hall’s repeated requests for more money and complaints as “insolence,” and asked Toschi for guidance on what disciplinary action could be taken to send the message that she needed to stop behavior that attempted to undermine management’s authority. On June 13th, another employee complained to the VP that Hall had inappropriately discussed her coworker’s medical condition on the chat platform.

Two days later, Hall was issued a written warning for violating the employer’s “Unacceptable Behavior Policy” by accusing management of dishonesty and acting in bad faith, complaining in an aggressive and hostile manner, and spreading inaccurate and personal information about fellow employees. The warning also included a copy of the employer’s Telecommunications and Computer Systems policy, which stated that employees were prohibited from connecting personal devices to the employer’s network without authorization.

Two weeks later, Toschi sent an email marked confidential to employees about the union organizing drive. It referred to the union as an “outside force” attempting to intervene between the employer and its employees. The email listed a number of problems with unionization, such as mandatory dues and increased bureaucracy, that would threaten the employer’s ability to reinvest its revenue in its own company and employees.

In late May, another employee reported to a manager that at least one employee had posted pro-union articles on Facebook and forwarded the information. On June 23rd, the employee again contacted the manager and reported that coworkers had been in contact with the union and formed a private Facebook group. The manager asked for additional information and was given the names of the group’s administrators and its 18 members. On June 30th, Toschi notified employees of the closure of the Dallas office and asked employees not to share the information.

Employee Mike Lukas was scheduled to be off, and listened to the meeting on speaker with a former employee, Michael Baker. Baker sent a text message to his former supervisor in reaction to what he heard in the meeting. The president was informed about this and Toschi followed up with an email to employees requesting that they keep the information confidential while the company notified its clients and vendors.

One week later, union supporters wrote a response to the president’s union email, which was signed by 10 employees, including Lukas. Twelve hours later, Lukas was issued a written warning for breach of duty of loyalty to the employer for allowing an ex-employee to listen in on a confidential conference call.

On July 12th, a manager sent an email to Toschi regarding the employees who had signed the union letter, which included information on employees’ reactions to the closure announcement and evaluative comments regarding individual signers’ attitude, performance, and character.

After announcing the closure, the company provided the Dallas employees information about transferring to the remaining offices or to become full-time remote employees. Soon after, they issued letters to Hall and Lukas rejecting their applications for full-time remote work. Throughout July and August, the employer continued to monitor employees’ conversations on the chat platform for references to the union.

The NLRB remanded the complaint allegations that the employer violated Section 8(a)(1) by maintaining its social media and unacceptable behavior policy and by directing its employees to refrain from discussing the closure of the Dallas office. The only evidence of the unacceptable behavior policy was the written warning to Hall and there was no evidence that Hall’s warning was seen by any other employee. Therefore, the Board remanded the allegations regarding those policies and directed the administrative law judge to reopen the record, if necessary, and to prepare a supplemental decision.

However, the Board found that the company engaged in unlawful surveillance of the employees’ Facebook group when it repeatedly asked for and received reports from an employee about the membership of the group and messages posted on the group’s Facebook page. The employer encouraged an employee to report on a private, invitation-only Facebook group dedicated to discussions about unionizing its employees.

Next, the Board concluded that the employer violated Section 8(a)(3) when it issued a written warning to Lukas. They found that the General Counsel satisfied his initial burden by showing that the employee engaged in protected activity and that the employer was aware of it. The employee’s name had been included in a list of members of the Facebook group and an email from union supporters responding to employer’s union email, and he used a union logo.

As to the third element, the Board noted the employer’s unlawful surveillance of the Facebook group, the employer’s assessment of the employee became less favorable after becoming aware of his union support, and discipline of the employee came just twelve hours after he was identified as having signed the union email. The employee was also disciplined for violating a confidentiality requirement that had not yet been imposed, and it never investigated whether Lukas or Baker revealed the closure news to anyone.

The Board further found that the employer violated Section 8(a)(3) by discharging Lukas. Here, the Board agreed that Lukas’s discharge was unlawful because the employer relied on its unlawful discipline of him to justify his discharge. The Board rejected the employer’s claim that it decided not to retain employees in the fourth performance quartile. Rather, the Board noted that the employer articulated no such criteria when it invited employees to apply to work remotely. It was approximately six weeks after announcing the Dallas office’s closure that it announced the retention criteria.

Finally, the Board remanded allegations that the employer unlawfully disciplined Hall. The ALJ dismissed allegations that Hall was unlawfully disciplined, finding that she would have been disciplined for disclosing a coworker’s medical information even in the absence of her protected conduct. The Board found that the lawfulness of Hall’s discipline was intertwined with the lawfulness of the unacceptable behavior policy. However, the Board agreed that the employer unlawfully discharged Hall because of her support for the union organizing drive. The employer discharged Hall, an experienced remote worker, while retaining two employees who had performance issues, despite its stated goal of seeking to retain employees who could successfully work remotely.