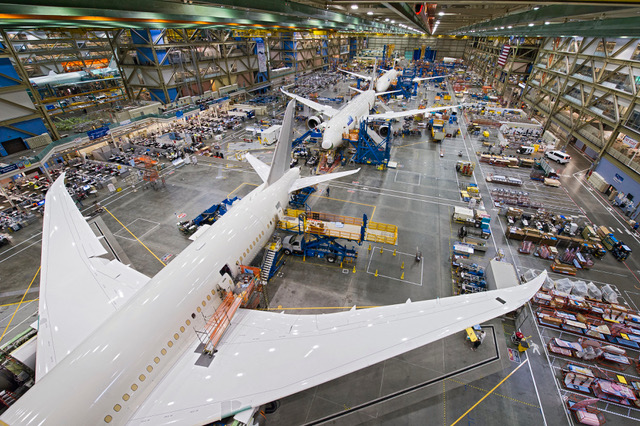 In a very union-resistant state, one small group of workers within a large company voted to organize despite the opposition of the larger population of workers who overwhelmingly rejected the union in 2017. When the flight-readiness technicians employed at Boeing’s South Carolina plant voted to join the International Association of Machinists and Aerospace Workers (IAM), it became a fight of national significance. In the latest reversal of an Obama-era precedent, a divided National Labor Relations Board (NLRB) invalidated a petitioned-for “micro-unit” at the North Charleston Boeing plant.

In a 3-1 decision, the NLRB ruled that the IAM Union’s petitioned-for unit, limited to two job descriptions within Boeing’s 787 aircraft production line was an inappropriate “micro-unit.” They determined that the unit was inappropriate because the two classifications in the unit did not share a community of interest with each other, and even if they did, they “did not share a community of interest that was sufficiently distinct from the interest of other production and maintenance employees excluded from the unit.” In applying and clarifying its traditional standard, the Board reversed a regional director’s direction of an election, vacated the union’s certification, and dismissed the petition.

Boeing manufactures the 787 aircraft at its South Carolina facility and that production line employs about 2700 production and maintenance employees. The union petitioned to represent a unit consisting of the flight-line readiness technicians (FRTs) and quality inspectors (FRTIs) permanently assigned to the flight line, a unit consisting of only those two classifications, which totaled about 178 employees. In addition to being in separate departments, FRTs and FRTIs work under separate supervisory structures.

Prior to 2017, FRTs and FRTIs were occasionally loaned out on a temporary basis to production stages when they were behind or the flight line lacked work, but there was never any interchange between the two groups. FRTs and FRTIs earn higher wages than many of the excluded employees. However, other than a few minor differences, they share terms and conditions of employment with excluded production and maintenance employees. All production and maintenance employees have the same timekeeping system, payroll, and all other aspects of the employee handbook including the same alternative dispute resolution program.

In a 2017 decision, PCC Structurals, Inc, the NLRB rejected the “micro-unit” decision issued by the Obama-era Board in Specialty Healthcare, a 2011 ruling. Instead, the Board announced that it was returning to the traditional community-of-interest test. In this situation, the Board applies its traditional community-of-interest factors to determine whether the petitioned-for employees share a community of interest that is distinct from employees excluded from the proposed unit to warrant a separate appropriate unit.

Boeing argued that the flight-line readiness technicians and inspectors must be included in the larger community of workers at the plant where the 787 Dreamliner is built. To make the decision, the Board set a three-step analysis for determining whether a petitioned-for unit is appropriate. The Board will consider:

Applying the new standard, the Board found that the interests shared by the petitioned-for employees were not enough to form a community of interest within the petitioned-for unit. While they shared nearly identical terms and conditions of employment, had frequent daily contact with each other, and shared many of the same skills and training, they had significantly different interests in the context of collective bargaining. They belonged to separate departments and did not share supervision.

The Board noted that the interests of the excluded employees were not “meaningfully distinct from and did not outweigh similarities” with the interests of the petitioned-for employees. The FRTs and FRTIs had a “high degree of functional integration with excluded employees” on the production line, they all worked producing a single product, and they aide earlier production stages. In addition, the petitioned-for unit shared collective bargaining interests with excluded employees, where FRTs were in the same department as excluded technicians and shared supervisors, while FRTIs were in the same department as excluded inspectors and shared supervision.

The Board found no industry-specific guidelines that were applicable to this case. In determining that the FRTs and FRTIs did not share an internal community of interest, and did not have sufficiently distinct interests from those employees excluded from the petitioned-for unit, it vacated the union’s certification and dismissed the petition.